skip to main | skip to sidebar

My grandmother's memoir of her oldest sister

My grandma wrote a beautiful memoir of her sister Emma. Emma was the oldest of four daughters born to a rabbi and his wife. They immigrated from eastern Europe in the early part of the 20th century.

Here it is, just as she typed it, with her hand-writing on it. Published as 5 jpegs with her permission and also the permission of my cousin, Emma's daughter. 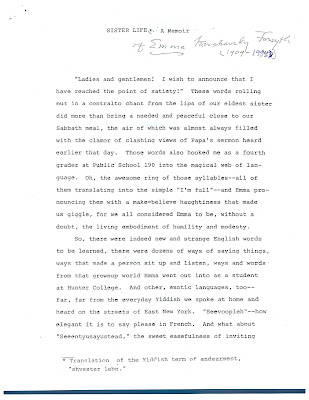 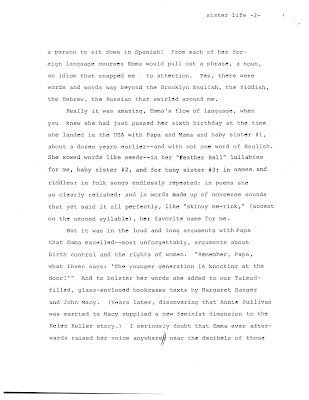 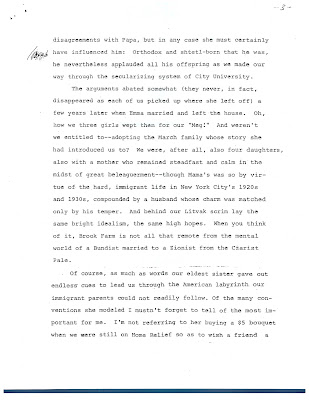 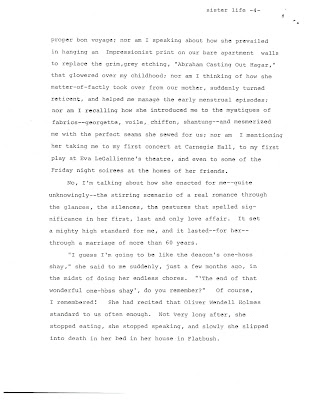 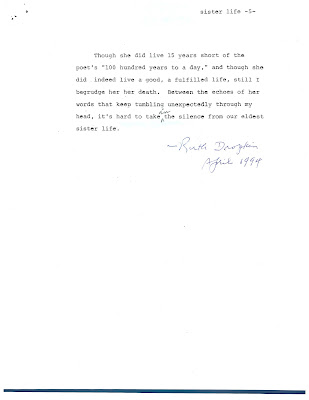 Final Count:
Somewhere around 3500.
That includes team doors and doors from before we started keeping track.